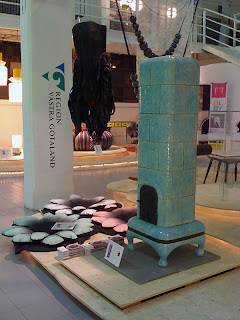 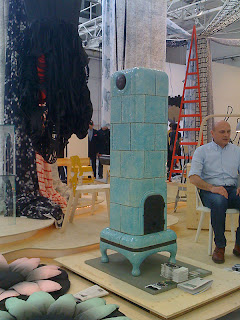 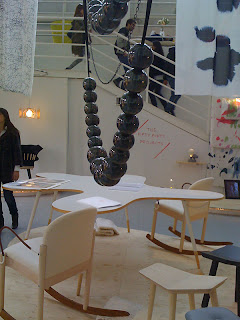 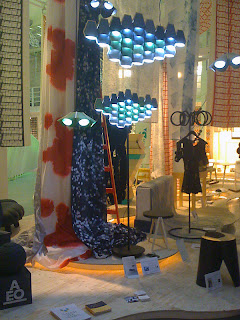 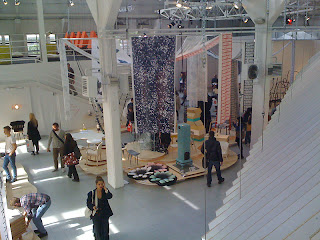 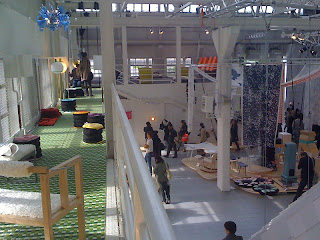 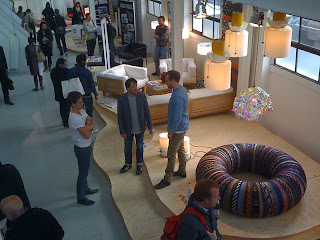 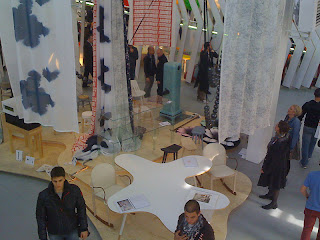 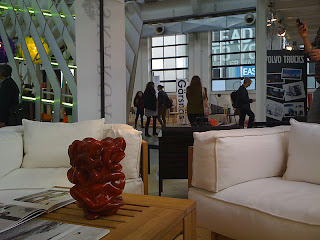 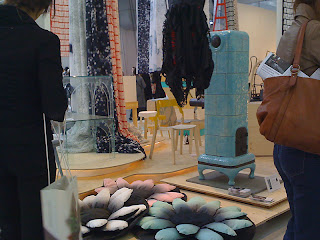 You will have the possibility to see the show at Röhsska Museum in Göteborg, opening the 17th of May 2011 and it last during a week. The exhibition is called Västra Götaland goes Milano goes Röhsska.
Welcome!
Upplagd av Annika Svensson kl. 03:06 Inga kommentarer: 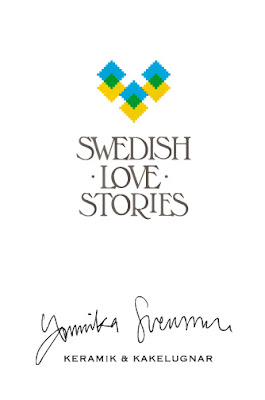 I will show my Turquoise Tiled Stove at prestigious SUPERSTUDIO PÍO - The Temporary New Museum in the middle of Zona Tortona. Svensk Form is organising the  Swedish Love Stories exhibition during Milans Design Festival 12-17 April 2011. This year the focus is on Västra Götaland. Most Welcome!
You'll find more information at:
http://www.swedishlovestories.com/
About my Swedish Tiled Stoves:
http://www.keramik-kakelugnar.com
It is unusual, what the ceramist Annika Svensson is doing – she is a maker of tiled stoves. She is among the very few ceramists today that make objects of art out of the warmth and hospitality that the tiled stove represents. For ten years now she has been making her unique stoves, utilizing time honored and traditional tiled stove making methods. Her stoves are personalities and poetic hybrids of arts & crafts, art noveau, rustic handicraft and contemporary mass culture.
The first Swedish tiled stoves were based on German models found in royal castles in the 16th century. During the 1760ies, a system with five internal flues created by Cronstedt and Wrede, turned the tiled stoves into the exceptionally efficient energy repositories that they are still today. The stoves made during the Rococo-period by the porcelain factories Rörstrand and Marieberg, were objects of status and extraordinary beauty. The tiled stoves had their heydays during the 19th century, and during that time the stoves were both amazing sculptures, as well as markers of social status in an eclectic mix of styles: renaissance, baroque, old Norse and majolica. However, during the early decades of the 20th century, the trend of the tiled stoves died out, killed by central heating and electricity. And so, during 1950-60, most tiled stoves were torn down. Since the 1990ies however, these sources of warmth and comfort have made their come back, on the basis of their energy smart qualities.
The creations by Annika Svensson carry the history of the tiled stoves with them. But she pushes her expression one step further: from pure function and into the whirlwind of styles of the 21st century. She has resurrected the tiled stove as an object of art and status, and charged it with a sense of humor, and ceramic sensibility. A tiled stove made by Annika Svensson delivers even and pleasant warmth, along with a bit of madness and lust for life.
Petter Eklund
WRITER

Annika Svensson
Welcome to my blog! I work with ceramics making both large, and small scale pieces, which range from functional wares to sculptures. My work can be found in public places and in the homes of private clients. Since 1996 I have been focused on designing and making unique Swedish tiled stoves which are both sculptural and energy efficient. I combine tradition with technology and create unique hybrids. My ceramics are formed into soft, billowing, asymetrical shapes, which utilize waving lines to achieve an organic balance. I mix strong colours with clear, deep, shiny glazes set in contrast to slips with matt surfaces. Craftmanship is at the heart of everything I make. Each piece is made by hand with care, with great care.